What’s older than the Giza pyramids in Egypt and the Stonehenge in England? 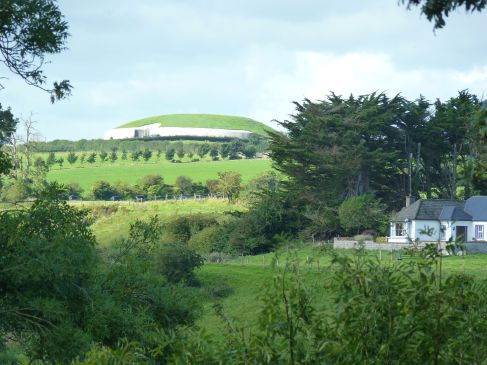 The strange Neolithic mounds at New Grange, Nowth and Dowth along the Boyne River in Ireland are from 3200 BC. 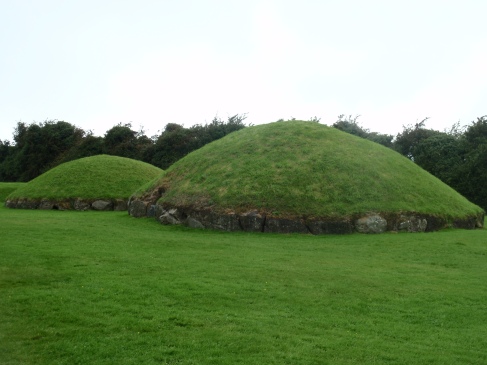 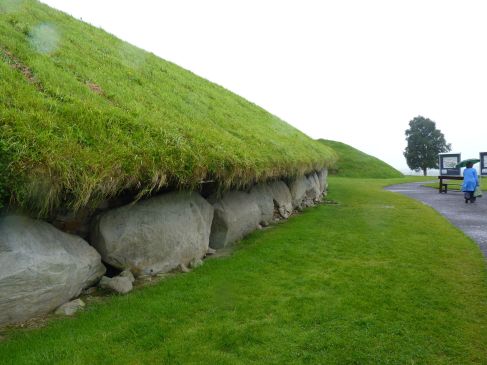 It’s also interesting that the long corridor and side rooms take on the shape of a cross. 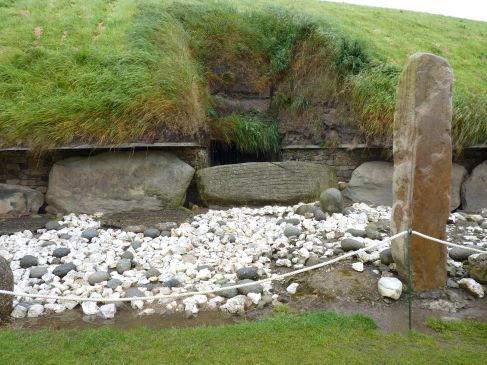 At the New Grange mound, once covered in white quartz brought from along ways, it was also decorated with round river rock. 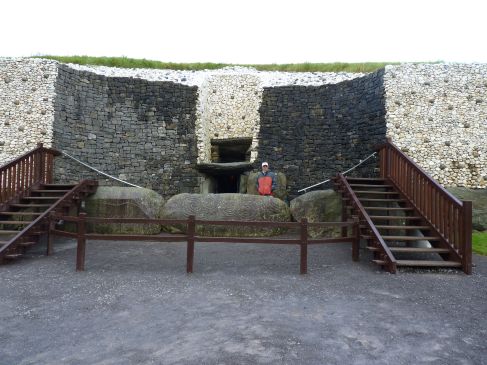 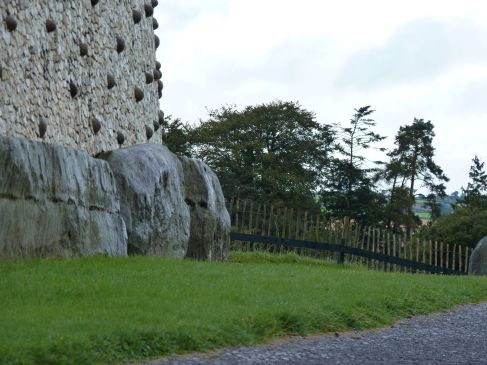 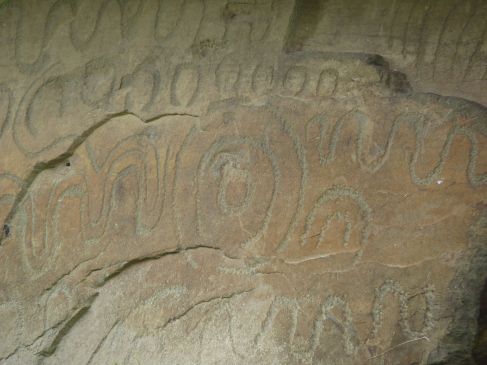 One small window, acting almost like a camera aperture and perfectly aligned in elevation to the green horizon outside allows sunlight to pierces through into the interior but only on the Winter Solstice once a year IF the sun shines! 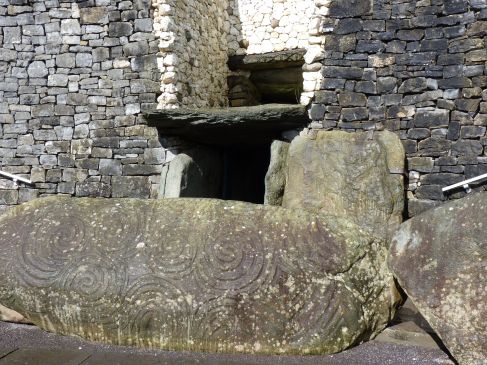 I was not allowed to photograph the interior but here’s a picture of the inner corridor taken from a poster at the tourist info center. The burning question for me was: Why align it so that the room is lit just once a year at sunrise for only 17 minutes? Why build two other mound constructions close to each other, one aligned the same and the other with the passage in East/West alignment to the Equinox? Why did they build them? 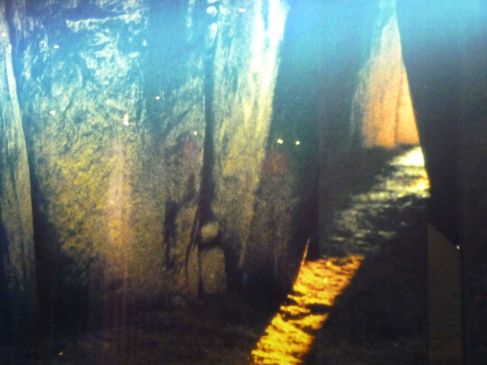 I love a mystery but help me out if you can. We have these clues:

The barely passable corridor to the inside was built with huge layered stones and ends in a small cavern maybe 50 feet in height. Archaeologist found that the New Grange round mound rising up toward the sky consists of mega tons of dirt and stones but in distinct layers of each of these different materials. (This picture is also from a brochure.) 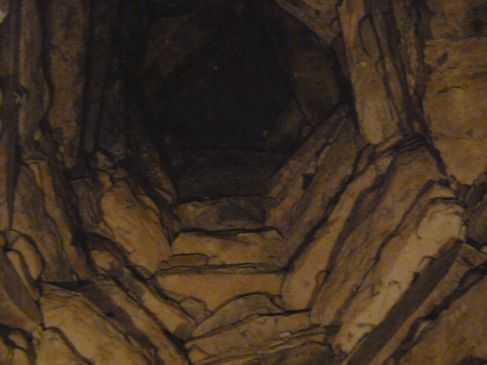 The sanctuaries were not tunneled in but the hills were built on top of the manmade caverns! Perhaps as the boulders were added one layer at a time the slick dirt layers in the Ireland rain gave added advantage for sliding the huge stones upward and into place. But why build a bunker?

Clue: In recent history, we transmit images from Mars to Earth. The cavern at New Grange was built to stay dark until the Solstice. Perhaps it was an ancient darkroom of sorts, the window acting as an aperture of a camera burning an image onto film by controlling an intense source of light for a finite limited amount of time.

Clue: The sanctuary is sound proof by natural insulation. What technology needs a vacuum of sound? Well, in Dan Brown’s book, his hero has an underground lab for harnessing the creative thought processes while blocking other’s expectations. Perhaps this is a sound vacuum lab for manifesting things into being!

Clue: the small opening out into the horizon perhaps acted as a perfect window for observing the heavenly stars and their progression against the sky’s of Earth. Just as we search heavenward for extraterrestrial sound waves from space, perhaps this cavern acted as a communication port, the frequency set in measured megahertz, designated at the angle of full sunrise on the Equinox at New Grange’s latitude. Who knows what might have perfectly fitted into this window!

Or perhaps they were just one of the first few bomb shelters!*#+!! 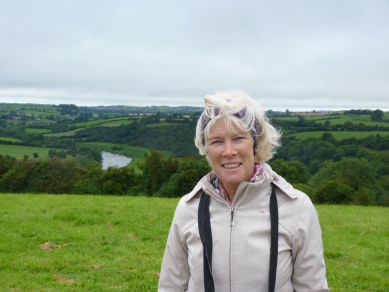